Have you ever seen a strange indent on the lower part of a horse's neck? It looks concerning, but it is harmless. It is a depression in the neck or shoulder muscle that just so happens to be in the shape of a thumbprint. Most commonly this indentation is a birthmark or it is a result of some sort of injury. If a horse gets kicked in the area or gets poked by a T Post, they might have this mark. This is the logical explanation, but there is an old legend that attaches to it. It is said that this mark is actually the thumbprint of a Prophet.

"The Prophet, Mohammed, was wandering the desert with his herd of horses. They wandered for many days and finally they came across an Oasis. As they approached the Oasis, he sent his mares forth to get a drink. The horses were extremely thirsty, but before they reached the water, he called them back. Only 5 of his mares stopped and returned to him. To thank them for their loyalty, he blessed them by pressing his thumbprint into their necks. It was the mark of a prophet. It is believed that a horse with such a mark will be outstanding because they are a descendant of one of the broodmares that the prophet, Mohammed, truly treasured."

So next time you see this mark, just think, you may be in the presence of a legendary horse! 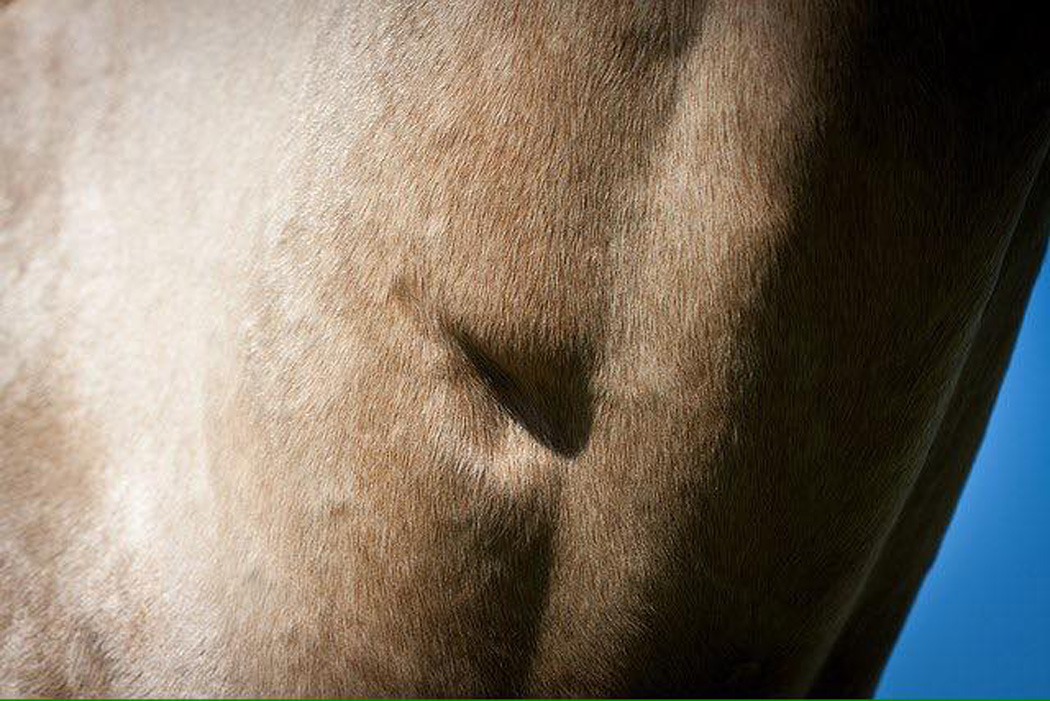