Doc Bar was a chestnut stallion who not only revolutionized the cutting industry, but also the Quarter Horse world. He was born in 1956 on Tom Finley's Arizona Ranch. He was sired by Lightning Bar by Three Bars and his dam was Dandy Doll by Texas Dandy. Doc Bar was bred for one thing in mind, racing. His career was meant to be focused around speed, but he sadly did not excel in the race world. He took a whole different turn and became known for his amazing skill set in reining, working cow, cutting, roping, halter, and as a renowned sire.

Doc Bar was not your typical Quarter Horse. He was barely 15 hands and stocky. The breeders had hoped he would be a star racehorse, but that dream was short lived with winning less than $100 on the track. After realizing speed was not his strong suit, Doc Bar was given to Charley Araujo in California to show halter. It was a gamble because this stud did not fit what the judges had been groomed to see. He was short and didn't have the same look as his competitors. However, to everyone's surprise, the halter industry was excited for this change. With Araujo leading and the stallion's unique conformation, Doc Bar altered the guidelines for halter horse champions almost over night. His showing career was brief, but in that time he won 9 Grand Champions and 1 Reserve Champion.

In 1963, Doc Bar caught the eye of Dr. and Mrs. Stephen Jensen of Double J Ranch. Their ranch was located in Paicines, California. The couple had obtained a nice band of broodmares and they were on the hunt for the right sire to add to their breeding program. Doc Bar fit that image to a tee and the Jensen's purchased him for $30,000. Yes, you read that correct, $30,000! This was a substantial amount in the 1960's. His power, strength, and ability led him to becoming a legendary sire.

Doc Bar was swift enough to manage cattle and he excelled at it. His riders found that him being only 15 hands actually made it easier for them to rope and catch calves. This really shed light on how certain alterations in the breed could benefit riders. He took the roping and cutting pen by storm. Doc Bar was agile and could really get after those cows. His height actually gave him an advantage. They do say dynamite comes in small packages, right? Over the years, Doc Bar sired National Cutting Horse Association Futurity Winners, World Champions, and Top 10 horses. He was even a Grandsire of Smart Little Lena.

Doc Bar sired 485 foals that earned 2,492 halter points and 4,569.5 performance points. Among those, a few were even AQHA Champions. Doc Bar himself earned nearly 9,000 AQHA points and won multiple World Champions. Doc Bar died in 1992 at the age of 32. He was inducted into the AQHA Horse Hall of Fame in 1993.

Doc Bar is proof that things don't always go the way we plan, but that just means you are simply made to do bigger and better things. This legendary horse will forever be known for his amazing abilities and his impact on the horse industry. 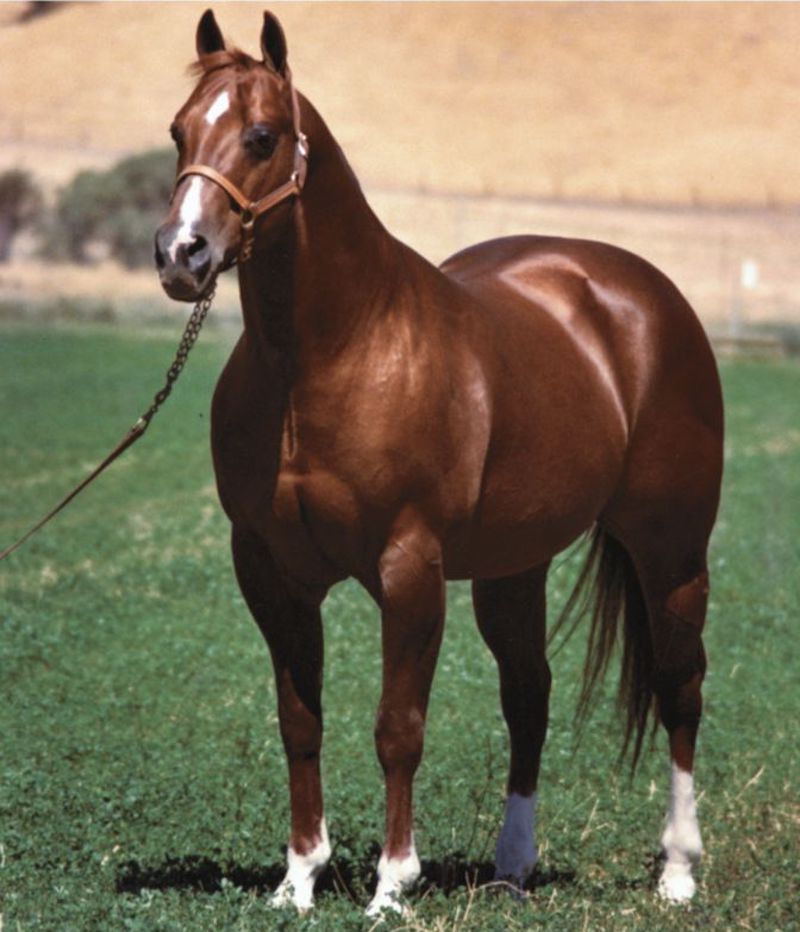